Juneteenth – The Importance of our History 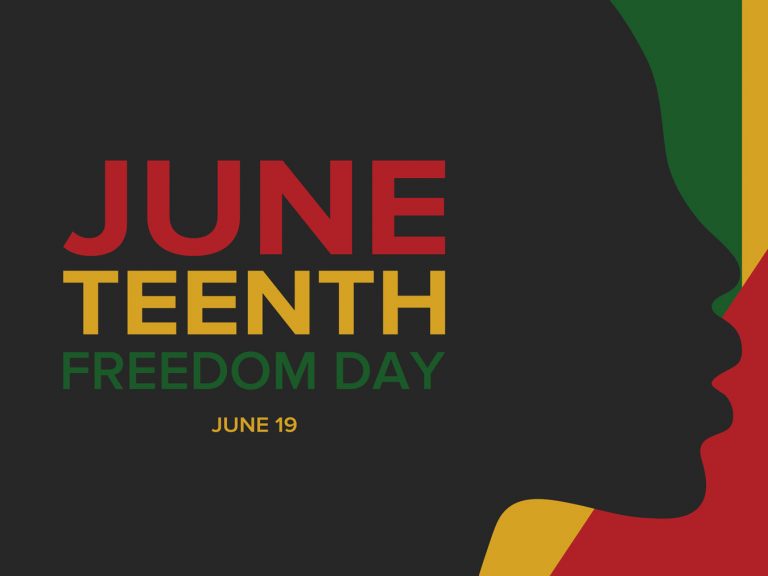 When thinking of Juneteenth, what comes to mind? Many people think of it as a day of celebration in Black communities. This is true, however a lot of people do not know the history behind it. It is not a national holiday, and was only made a state holiday in Texas in 1980 (britannica.com). States began to follow this action after it happened in Texas, but to this day it is still not a nationally recognized holiday. Juneteenth is not taught to students while in school, and many people grow up not learning about it. This is something Revived Prosperity hopes to change by educating on what Juneteenth is, and why it is important. 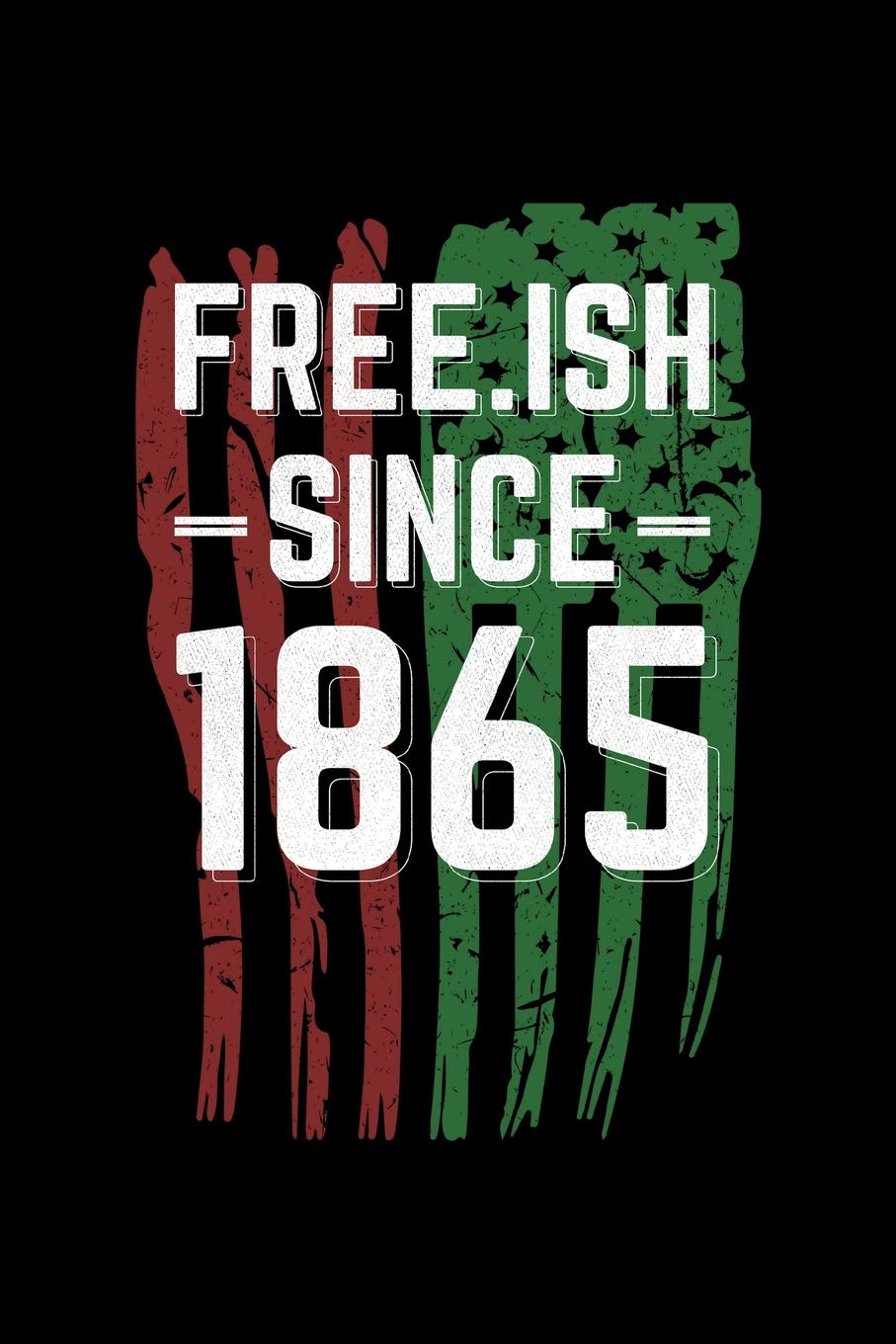 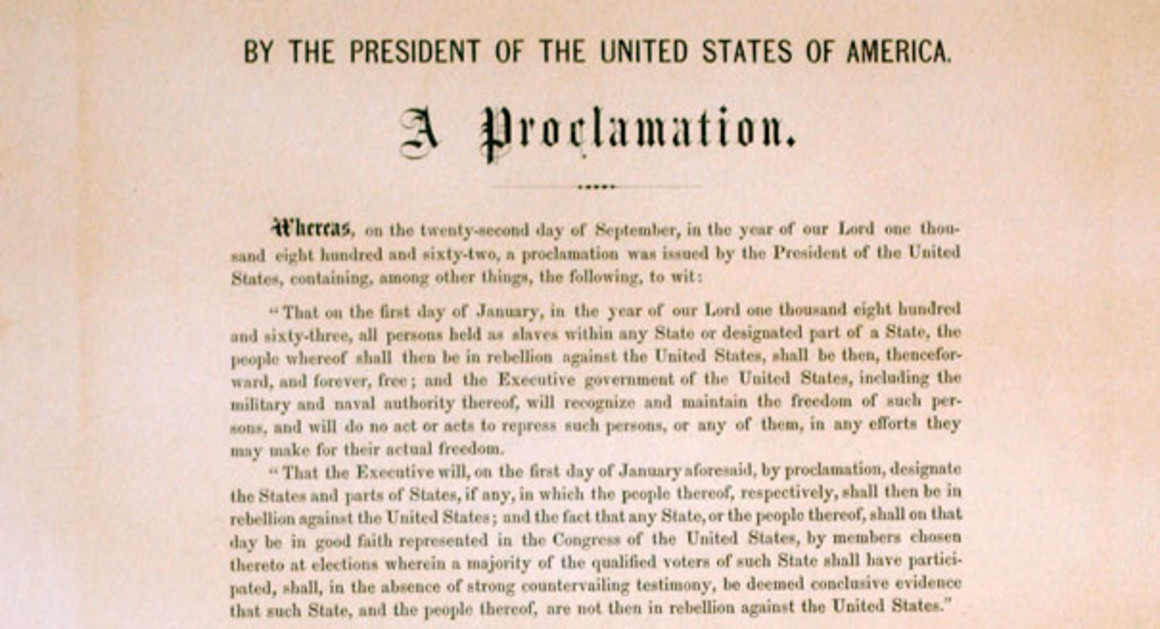 People praise Abraham Lincoln for “freeing” Black people. However, it took two and a half years for this news to reach people in Galveston, Texas. It is necessary to note that in Lincoln’s 1891 inaugural address, he stated “‘I have no purpose, directly or indirectly, to interfere with the institution of slavery in the States where it exists. I believe I have no lawful right to do so, and I have no inclination to do so’” (pvamu.edu).

While this was the end of chattel slavery, Black people were not fully free. The 13th amendment specifically mentions how slavery or being forced to serve involuntarily is banned except when a person is convicted of a crime. The 13th amendment allows for enslavement by confining people to prisons. Black people are overwhelmingly locked away in cells. More often than not, the punishment does not fit the crime. This is how slavery was allowed to continue on then and is still happening in our present day. 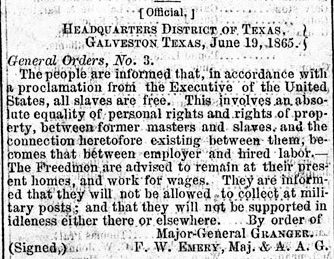 Although it took two years for the news to reach Black people in Galveston, June 19th, 1865 was still a cause for celebration. The first official Juneteenth celebration happened in 1866. According to vox.com, it was designed to “commemorate liberation — with food, singing, and the reading of spirituals — and take pride in their progress.” Britannica.com also states that people chose to wear new clothes as a way to represent their freedom.

After the first celebration in 1866, Black people continued to observe Juneteenth. Yet, it was not until 1980 that Texas became the first state to recognize Juneteenth as an official holiday. This means that for 114 years, people chose to deny the existence of a holiday celebrating the freedom of Black people. Unfortunately, this is still the reality Black people are facing in today’s society. As stated on vox.com, “Juneteenth is still not taught in most schools, nor is the event a federal holiday.” 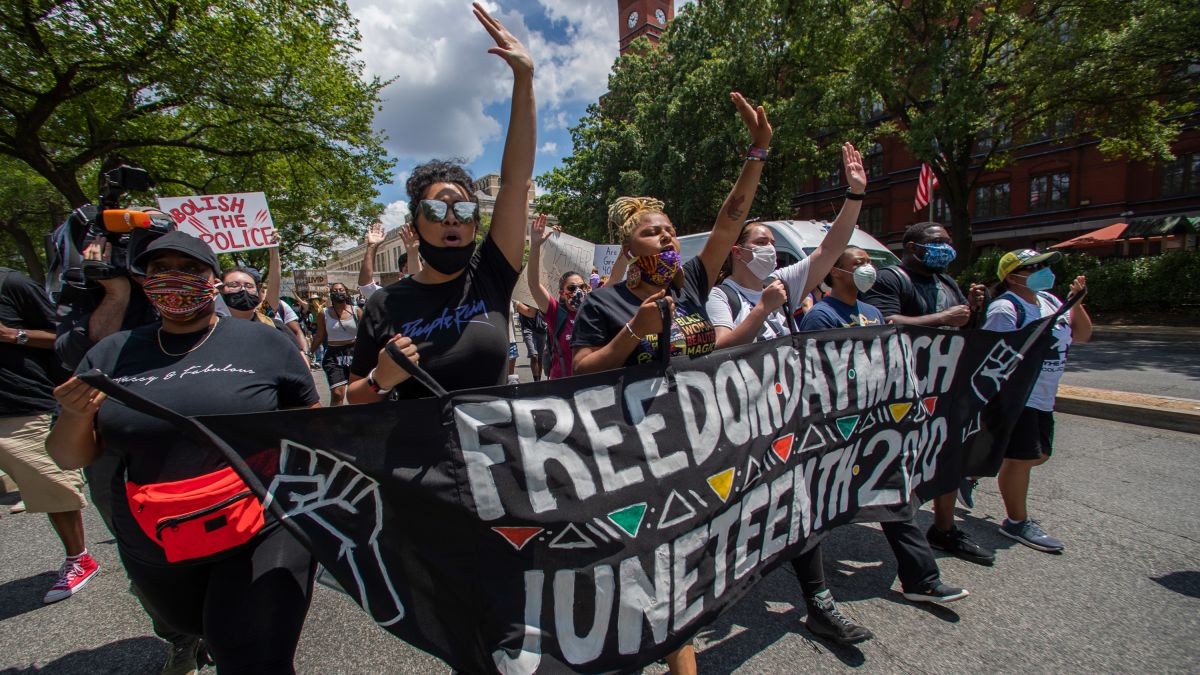 As of 2020, approximately 47 states observe Juneteenth as a holiday. Some companies, such as Twitter and Nike, have begun to recognize Juneteenth as a formal holiday and encourage their employees to observe it (vox.com). Activists have been pushing for this to be a federally recognized holiday because of how important it is. As more people continue to apply pressure on our elected officials, we can make all 50 states recognize Juneteenth. In turn, this will continue to pave the road for it becoming a federally recognized celebration. 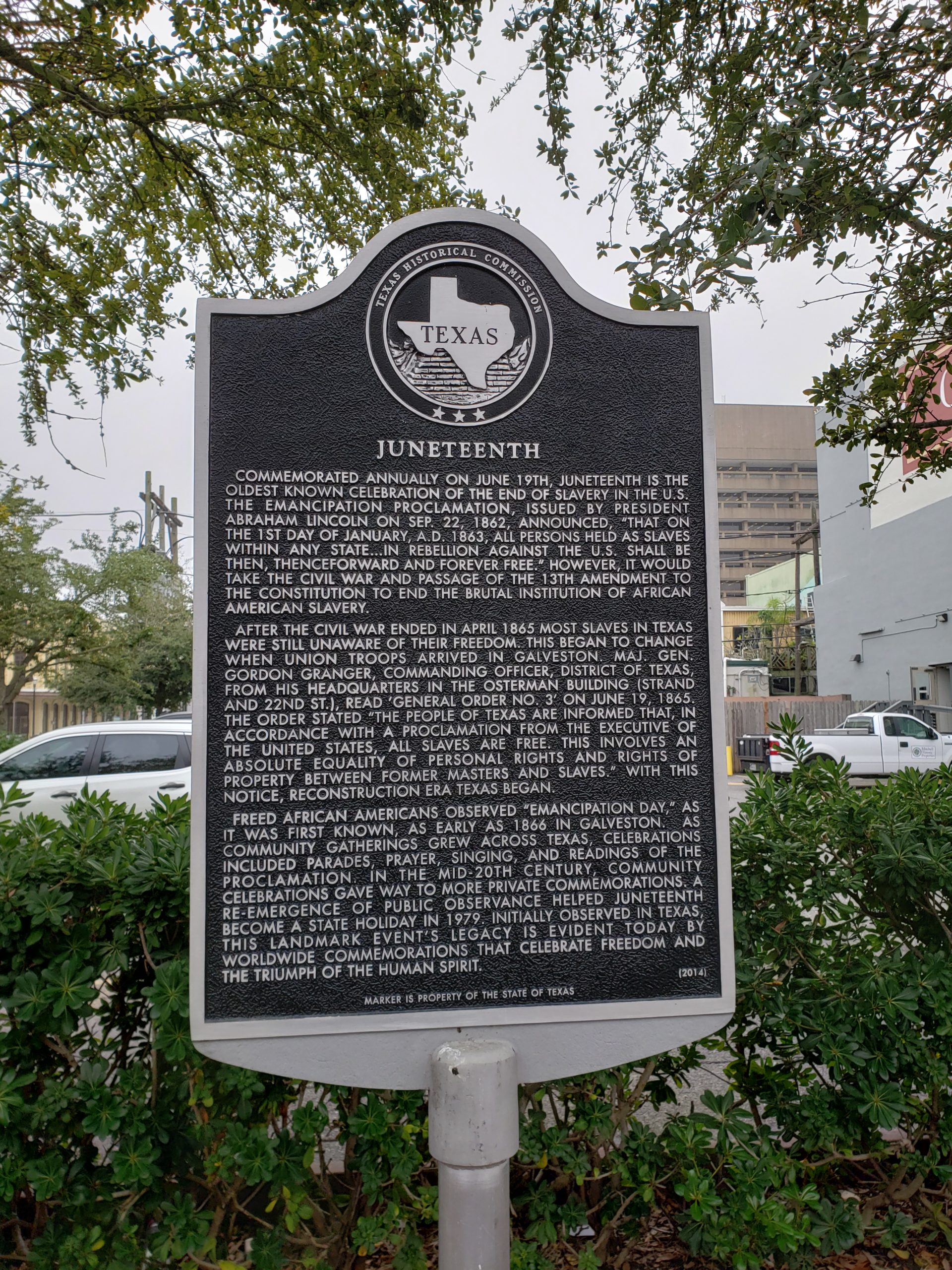 Check out this video from The Root discussing why we celebrate Juneteenth!

Make sure to show off your history with pride this Juneteenth and support your local Black owned businesses! Click the link below to see what cool items we have in stock for you: