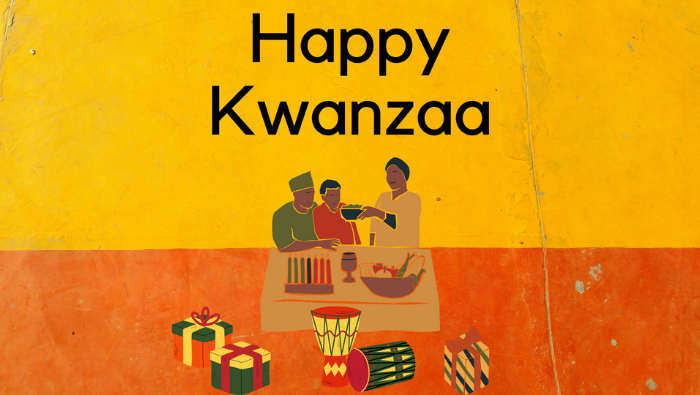 The end of the year is usually a time of many celebrations. For many people, the holiday season is a time to come together with family and friends to celebrate the past year. However, many end of the year holidays follow European beliefs. In the United States, a holiday for primarily Black, or historically stigmatized, people did not exist until the 1960s. This newer holiday would be the celebration of Kwanzaa.

Kwanzaa began in 1966. It was created by Dr. Maulana Karenga, a professor at California State University. He taught classes in the Africana Studies program. This was done in response to the Los Angeles Watts Riots of 1965 according to interexchange.org.

The Watts Riots began after Marquette Frye was pulled over and arrested for suspected drunk driving. While attempting to arrest him, a fight broke out. The police, in an act of violence, hit Marquette Frye in the head with a baton which was witnessed by many people. This upset many communities and people wanted to fight back against the police. Thus, the Watts Riots occurred. The extent and outreach of the Rodney King riots from 1992 are often compared to the Watts Riots. 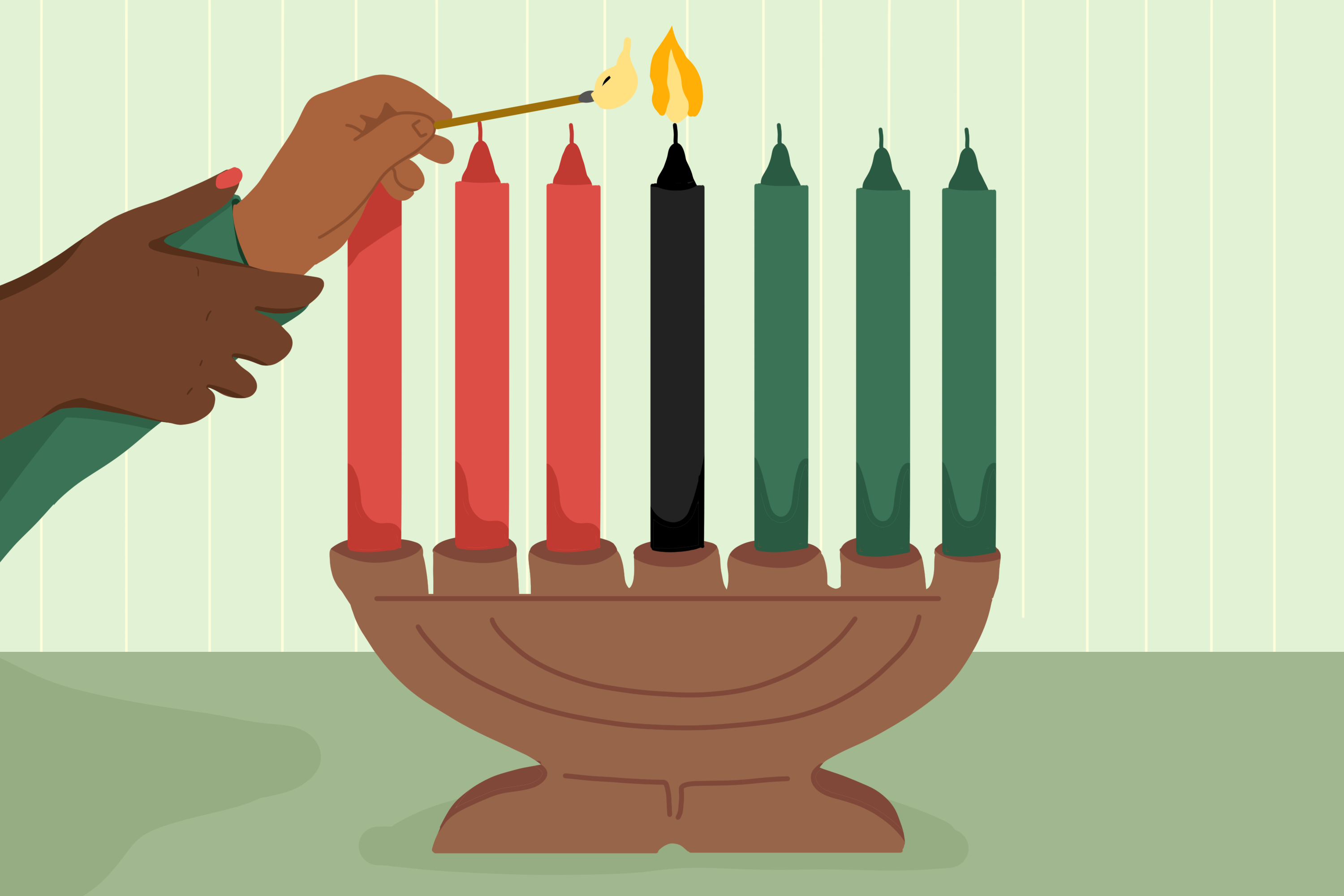 Dr. Karenga researched multiple African harvest celebrations. For example, he took aspects of celebrations “such as those of the Ashanti and those of the Zulu” to create the initial idea of Kwanzaa (interexchange.org). According to history.com, he came up with the name for the holiday from the phrase “matunda ya kwanza.” This Swahili saying means “first fruits.” 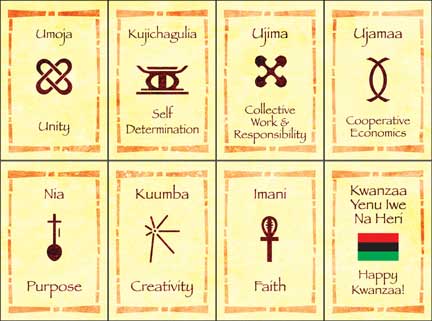 Kwanzaa is celebrated from December 26th to January 1st each year. This celebration happens through a discussion of the seven core principles and occurs throughout the week. According to interexchange.org, those principles are:

It is said that these values represent “African culture that help build and reinforce community among African-Americans.”

Along with the seven core principles, there are seven symbols as well. According to interexchange.org, those symbols are:

Each symbol is important to the core meaning of Kwanzaa. For example, the color of the candles hold deep meaning. “Three…are red, representing the struggle; three…are green, representing the land and hope for the future; and one…is Black, representing people of African descent.” (history.com). Another example would be giving gifts on the final day of Kwanzaa. It is encouraged to give homemade gifts to display the idea of self-determination or purpose. If buying gifts, it is preferred for them to be purchased from a small Black owned business local to your community. Therefore, when giving gifts for Kwanzaa, make sure to consider what that gift is providing for the person.

Kwanzaa is a beautiful celebration of culture, family and the history of Black people. This was created as a way to bring together and unite our communities. This holiday season, take the time to celebrate your family, your values, your community and yourself. 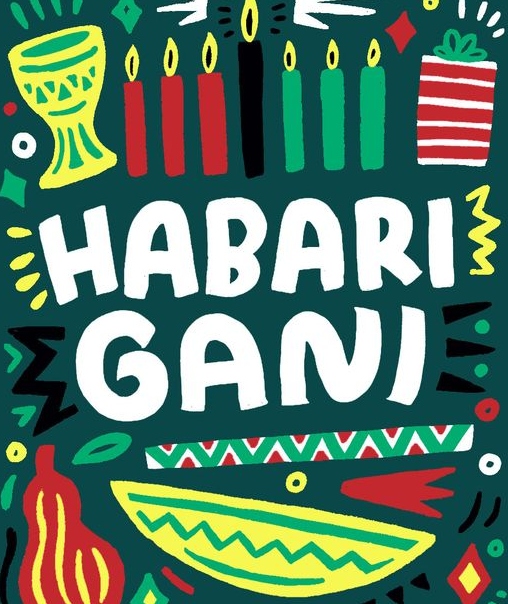 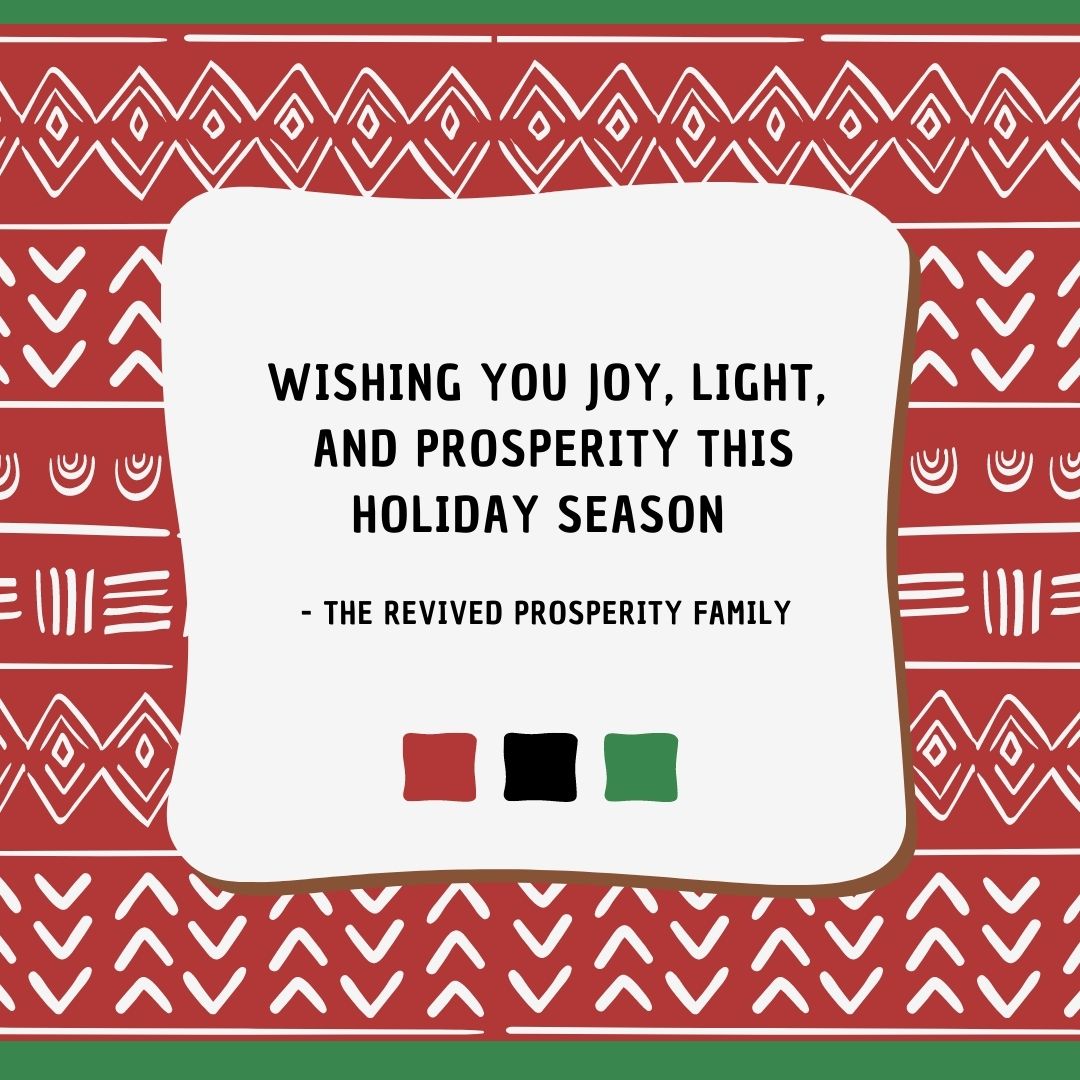