Ewuare the Great, Ruler of Benin 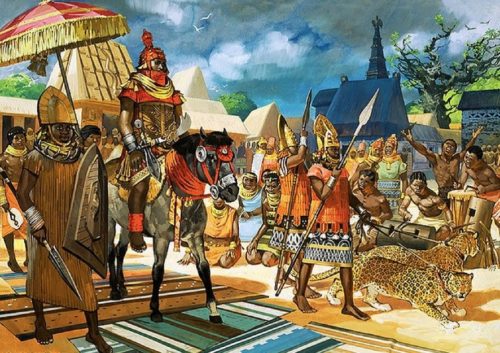 Who is Oba Ewuare? You may have heard of him referred to as Ewuare the Great or Oba Ewuare I. Oba means “a ruler of any of several African peoples of western Nigeria —used as a form of address” (merriam-webster.com). Therefore, this is fitting because Ewuare ruled the kingdom of Benin. Encyclopedia.com states Ewuare lead the kingdom from about 1440 to his passing in 1473.

Benin is located at “the northwest by Burkina Faso, to the east by Nigeria, and to the west by Togo” (britannica.com). It is a country in western Africa and  cited as having five regions. As a result, the regions are “low, flat, and sandy, backed by tidal marshes and lagoons.” 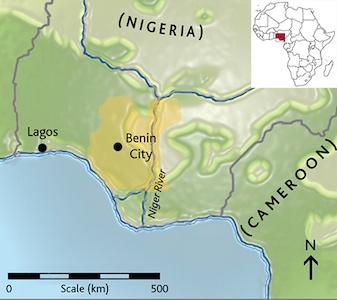 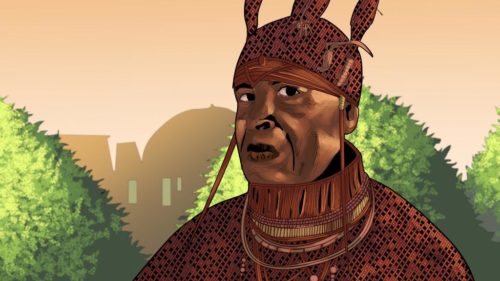 Ewuare the Great took the kingdom from his “largely despised brother, Uwaifiokun” (blackhistorymonth.org.uk). This happened during a coup (usually highly successful stroke or act, merriam-webster.com). It is reported that Oba Ewuare “killed the usurper, and set fire to Benin as punishment” (encyclopedia.com). He wanted to punish Benin as Ewuare and his brother at first were banished from the kingdom. Then, Ewuare directed Uwaifiokun to go back to Benin to see if their period of banishment was over. Consequently, encyclopedia.com states people in the kingdom responded well to Uwaifiokun, and he then took over the throne in an act of betrayal to his brother.

Therefore, it is said that the name Ewuare means “the trouble has ceased” (encyclopedia.com).

According to archive.artic.edu, Ewuare the Great is credited with transforming the kingdom of Benin. However, these transformations are seen mostly as “improvements to the royal capital, Benin City, the establishment of the three associations of palace chiefs, etc.” These innovations were considered great at this time. He is also considered responsible for increasing the amount of towns and villages within the kingdom of Benin. Therefore, increasing the amount of community present.

He made it a mission of his to protect and secure the kingdom of Benin. Blackhistorymonth.org.uk says he built a moat across the nation. Then, walls were put up throughout the kingdom to create specific separate areas. This would be based on what trade would happen there. Therefore, it was important to Ewuare to keep the kingdom safe and protect the community. 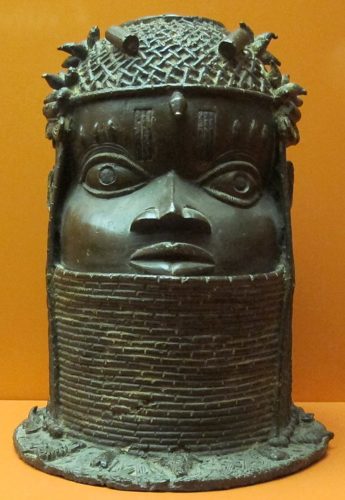 Ewuare the Great wanted to move the kingdom of Benin forward. He achieved this goal by creating infrastructure and community. By creating separate areas within the kingdom to promote trade, he was able to help improve their economy. This was considered “a period of a golden age which saw the region become well known for its sculptures” (blackhistorymonth.org.uk).